Social Citizenship in an Age of Welfare Regionalism: The State of the Social Union 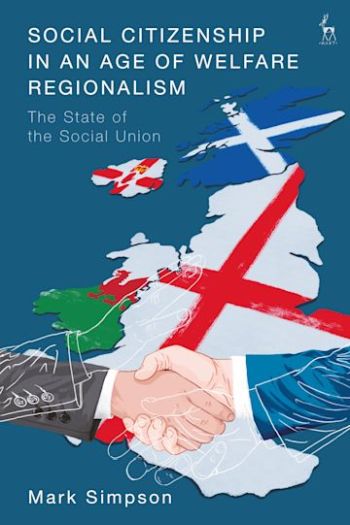 This book presents a socio-legal examination of national and devolved-level developments in social protection in the UK, through the eyes of politicians and officials at the heart of this process.

Since its inception in 1998, devolution has altered the character of the UK welfare state, with dramatic change in the 10 years since 2010. A decade of austerity at national level has exposed diverging view in how governments in London, Edinburgh and Belfast view the social rights of citizenship. This political divide has implications for both social security law, as the devolved countries begin to flex their muscles in this key area for citizens' economic welfare, and the constitutional settlement.

The book reflects on the impact of austerity, the referendum on Scottish independence and subsequent changes to the devolution settlement, Northern Ireland's hesitant moves away from parity with Westminster in social protection, withdrawal from the European Union (Brexit), and the possible retreat from austerity during the COVID-19 pandemic.

The social union may or may not be weakening; its character is unquestionably changing, and the book lays bare the ideological and pragmatic considerations driving legal developments. TH Marshall's theory of citizenship provides the lens through which these processes are viewed, while itself being reinterpreted in light of the national government's increasing delegation of responsibility for social rights – whether to individuals, the voluntary sector or lower tiers of government.