Banning Them, Securing Us?: Terrorism, Parliament and the Ritual of Proscription 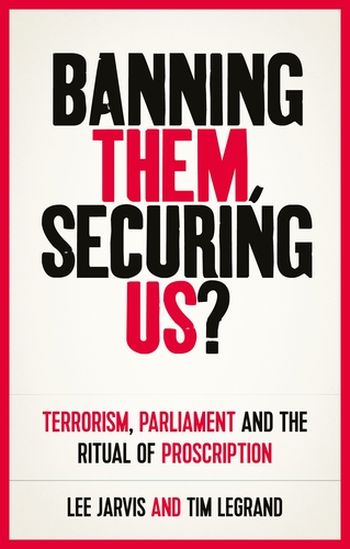 Banning them, securing us? offers the first book-length exploration of the politics of banning - or proscribing - terrorist organisations. Grounded in a historical and contemporaneous exploration of banning powers, the book sets out findings of empirical analysis of twenty years of Parliamentary debate in the UK. Through this analysis, Jarvis and Legrand uncover proscription's importance for the politics of national security and national identity alike.

Drawing on political science, sociology, law and anthropology literatures, they argue that this power can be understood as a form of political ritual with implications for how we understand the politics, law and practices of security decision-making in western democracies in general, and the UK specifically. The book is likely to be of use to advanced postgraduates and scholars of security politics, policy and law.