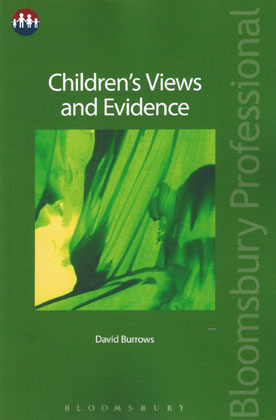 Children's Views and Evidence concentrates on children in court proceedings, mostly in family proceedings, but also with reference to the issues within civil proceedings. Their evidence and the court hearing their views are, respectively, contrasted throughout. Stress is placed upon any rights to which a child is entitled (common law, European Convention 1950, UN Conventions and EU Directive), such as to confidentiality and to take part (or be heard) in proceedings. Particular importance is given to the meaning and effect of a child's 'understanding' in court proceedings, and the way that terms will vary according to a child's age and the issue before the court.

It explains the position and role of children in court proceedings by setting out the child's rights and the underlying principles in law, both national and EU, that seek to establish how a child is treated and understood in court proceedings. Legislation and cases covered and analysed include:

The book will also appeal to other professionals involved in the process including doctors, teachers, social workers and guardians ad litum.