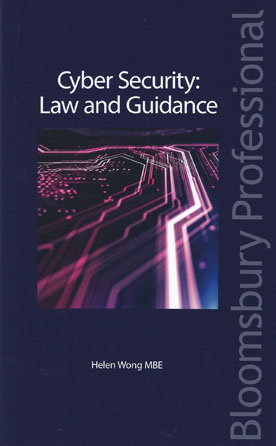 What is cyber security?

In February 2013, the European Commission published a proposal for a Directive on Network and Information Security, colloquially known as the NIS Directive or the Cyber Security Directive. The purpose of the Directive is to ensure a high common level of network and information security (NIS) within the EU. In March 2014, the European Parliament voted to adopt an amended version of the Directive. To become law the Directive has to be adopted by the Council of Ministers, which is yet to happen. After it is adopted, the EU member states will have to introduce their own national legislation, to transpose the Directive's requirements into their domestic law.

In addition to the NIS Directive, the EU has embarked on a variety of law reform initiatives that concern similar subject matter such as:

Policy and legal developments abroad support the point that the trajectory of the law is broadly the same the world over. The critical point of difference between jurisdictions concerns the introduction of ex ante regulatory frameworks to establish an enforceable duty of care for cyber security. The EU wishes to adopt an ex ante regime, unlike the United States (US), which prefers to use "soft law" mechanisms to achieve its ambitions for cyber security. However, the approach of the UK government is more consistent with the US approach than the EU approach. Where the US and EU is most aligned is on a duty of "breach disclosure", whereby the providers of critical infrastructures and services are required to notify regulatory bodies of serious cyber security incidents.

Cyber Security: Law and Guidance provides an overview of the key legal developments for cyber security in England and Wales, focusing on the proposed NIS Directive and related legal instruments, including those for data protection and payment services. It also provides insights into how the law is developed outside of regulatory frameworks, by reference to the "consensus of professional opinion" on cyber security, case law and the role of professional and industry standards for security.

Suggestions are made on how to build a "defensive shield" to protect an organisation from regulatory actions and litigation. With cyber security law destined to become heavily contentious legal privilege will be an advantage.