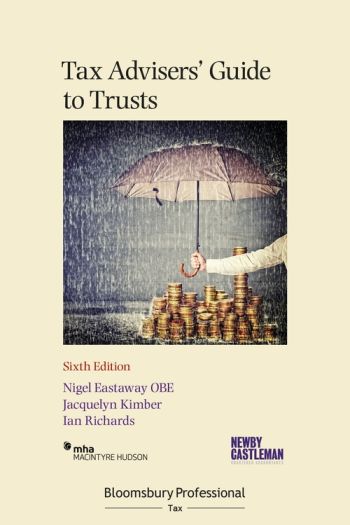 Demystifies the subject of tax and explains the tax rules and the way in which trusts can be used in practice as a flexible and effective means of wealth accumulation and protection.

This book concentrates on the UK tax rules applicable to trusts, resident in the UK, or abroad, and the resultant tax liabilities of the trustees, settlors and beneficiaries, and opportunities for reducing those liabilities where possible.

Since the last edition was published in early 2016 (reflecting F (No. 2) A 2015), there has been significant legislative change reflected in several Finance Acts, in relation to the following areas: