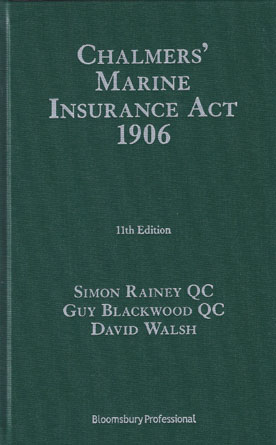 What makes the book unique is the fact that it is far more than a piece of annotated legislation in that it includes case law with analysis and puts the decisions made in the individual cases into the context of Act. There is no other book or electronic service that does this.

As marine insurance is encompassed by the Marine Insurance Act 1906 this book provides the user with an unrivalled guide to, and understanding of how the Act has evolved and how it is implemented in practice. It is a desk top, every day reference tool for anyone involved in any of the aspects of marine insurance.