Ireland and the European Convention on Human Rights: 60 Years and Beyond 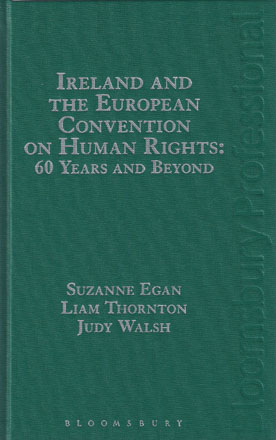 This title is the product of a conference hosted by a team of human rights academics at University College Dublin in June 2013 and features articles by leading Irish and international academic experts, practitioners and advocates in the human rights field.