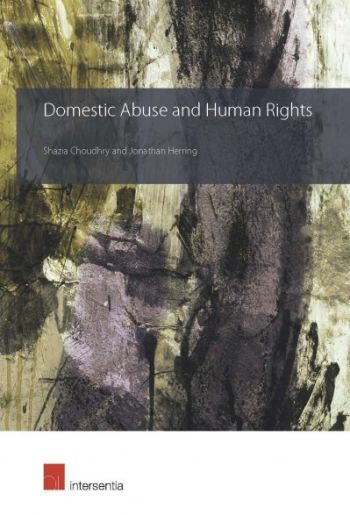 Domestic Abuse and Human Rights presents an overview of the relevance of the European Convention on Human Rights to domestic abuse. It will have three aims: first, to consider the relevant case law and application of the key articles to questions around domestic abuse; second, to consider at a theoretical level the balancing between protection and autonomy at the heart of the legal response to domestic abuse; third, to propose practical application of a human rights approach to issues around domestic abuse, with particular emphasis placed on the significance of the Istanbul Convention on Preventing and Combatting Violence against Women.

The relevance of the key Articles of the European Convention on Human Rights will be explained. The book will include material on the definition of domestic abuse, elder abuse, parental abuse, and the impact of abuse on children. It seeks to bring out the themes which connect these issues as well as the ways in which they raise distinct questions.

The book argues that a human rights approach requires states to take a pro-active stance towards domestic abuse. It should no longer be regarded as a private matter, but as a human rights approach mandating state intervention, although within limits. So understood, the European Convention on Human Rights provides a powerful impetus for states to ensure an effective response to the major problem of domestic abuse.