Judicial Law-making in English and German Courts: Techniques and Limits of Statutory Interpretation 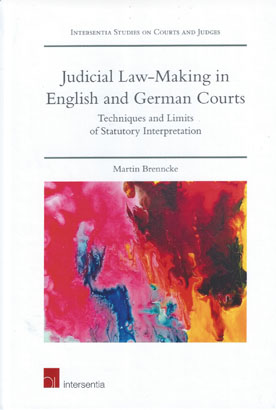 How far do contemporary English and German judges go when they interpret national legislation? Where are the limits of statutory interpretation when they venture outside the constraints of the text?