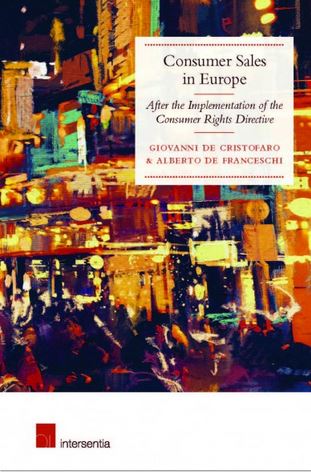 This book offers an innovative and systematic analysis of the new rules on consumer sales contracts in several EU Member States after the implementation of Directive 2011/83/EU on consumer rights. The national reports, all written by highly respected authors, focus in particular on the scope of application of the implementing provisions of the Consumer Rights Directive and their interplay with the already existing rules on consumer contracts, as well as on the relationship between the national ‘special’ rules concerning consumer sales and the general domestic rules on sales contracts. Furthermore, each contribution looks ahead by weighing the next steps for the European Sales Law and its possible interaction with national regulation of consumer sales. The book therefore addresses not only academics but also practitioners and members of the European institutions who are dealing with the task of shaping new European consumer and contract law.

Inter alia with national reports by: