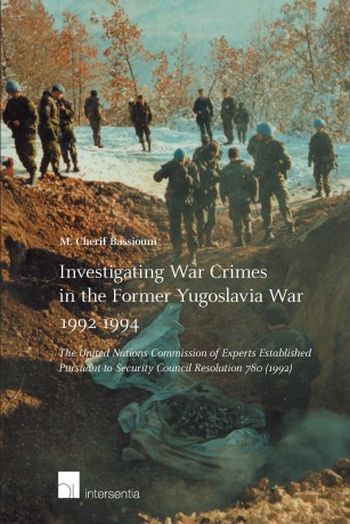 Following World War Two, the progress towards international accountability and international criminal justice came to a halt as a result of the Cold War. But only three years since the end of the Cold War and forty-five years after the post-WWII prosecutions, the international community was forced to face the ethnic tensions and civil war tearing apart the republics that once comprised the former Yugoslavia.

United Nations Security Council Resolution 780 (1992), appointed a Commission of Experts to investigate war crimes and crimes against humanity amounting to violations of international humanitarian law in the territory of the former Yugoslavia and it was expected that the Commission would be the historic link to the post-WWII experiences. Despite the Commission's mandate being the broadest of its kind since Nuremberg, those who opposed its work sought to hamper its success through bureaucratic and political chicanery, including the failure to fund the Commission's work. The investigation into the conflict is detailed in this book including the uncovering of 187 mass graves, the interviewing of 223 victims of rape and sexual assault, and the utilization of prison camps and mass expulsion for the purpose of ethnic cleansing.

Along with the author's personal insights and insider anecdotes on the conflict, this book highlights the continuing need for the pursuit of accountability and international criminal justice in a world of thriving bureaucracy and realpolitik. The Commission broke the glass ceiling of realpolitik by fighting the hard battle that lead to the success of its mandate and to the establishment of the International Criminal Tribunal for the Former Yugoslavia. This timely work reminds us all that indeed the past is prologue.