Don't Take It Seriously: Essays in Law and Economics in honour of Roger Van den Bergh 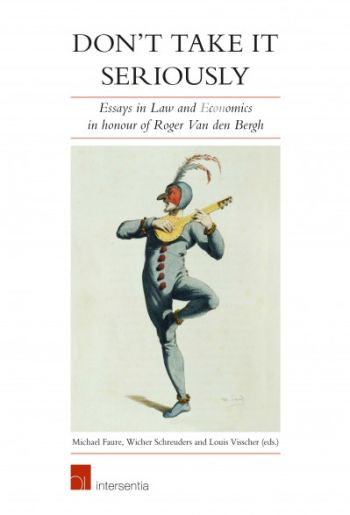 ‘Don’t take it seriously’ is a quote from the ‘Erasmus Mundus song’, written by Roger Van den Bergh at the occasion of the Erasmus Mundus recognition of the European Master in Law and Economics. Or, as Roger likes to call it, the European Master in Law and Comics. This quote is so characteristic of Roger, that it now serves as the title of this Liber Amicorum, with which we express our friendship with and gratitude towards Roger, for his outstanding contribution to Law and Economics.