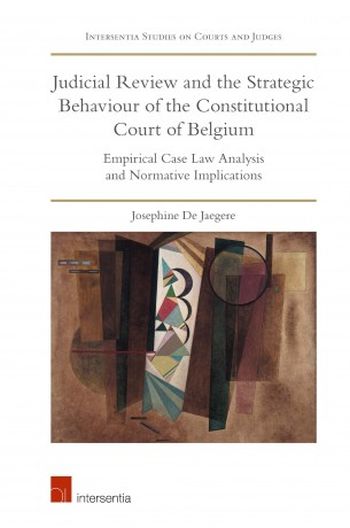 Traditionally, legal scholarship on judicial review is predominantly normative, concentrating on how courts should decide cases and to what extent they should show deference towards the legislative branch. Political scientists, on the other hand, seem more interested in what motivates judges and which factors influence their decisions. In contrast to the extensive body of literature on judicial behaviour in countries with a common law tradition (especially on the US Supreme Court), there is little systematic, empirical knowledge relating to European constitutional courts. Given the constitutional courts’ function in liberal democracies, this is surprising.

Focusing on the Constitutional Court of Belgium, the approach of this book is to combine normative ideas on how the Court should act with an empirical case law analysis. It explores the extent to which the Court performs as a deliberative institution, while operating within a consensual political system: Does the Court employ deliberative ‘judicial good practices’? Is the Court’s performance affected by strategic considerations? And if the Court’s rulings reflect strategic actions, does this behaviour correspond to the deliberative expectations weighing on the Court?

The answers to these questions contribute to a fundamental discussion about the appropriate role for judicial institutions in a democratic society. The book shows that the Court’s case law is (in part) shaped by strategic considerations. In salient cases, the Court prudently adapts various aspects of its decision in order to stimulate acceptance and compliance. The analyses reflect the fact that the Court is willing to engage in dialogue and that a consensus must be found amid a pluralist group of judges in each case. In addition, by continuingly taking into account the anticipated behaviour of its audience, the Court protects its institutional legitimacy for future cases.

Due to this interdisciplinary focus, the book provides essential insights to both legal scholars and political scientists.