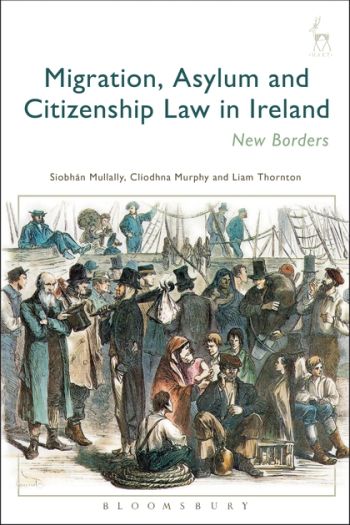 The book is targeted at academics and students working in the field of migration and asylum law. It will also be of interest to practitioners and to policy makers in Europe, as the first extended scholarly analysis of this field of Irish law. Many of the significant legislative, constitutional and jurisprudential changes that have occurred, have resulted from contested claims arising under EU, ECHR and comparative constitutional law.

The book will interest scholars across these fields, and will become a key reference work for the legal profession and researchers in the rapidly expanding area of migration and asylum law. The book is likely to attract significant interest in North America, where debates on citizenship law in Ireland in particular have been followed closely, given the transnational judicial dialogue in Irish courts, referencing US case-law, and the close links between academics and the superior courts in both jurisdictions. Current scholarly work on citizenship law in Ireland has been widely cited in key texts by leading immigration law scholars in the US and Canada, for example.