Digital Democracy in a Globalized World 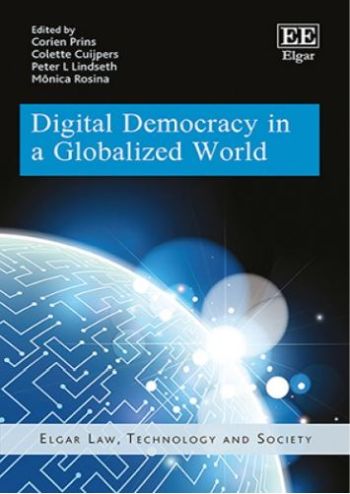 The transformative impacts of digitalization on society are visible both within nation states and across borders. Information and communication technologies are typically considered beneficial for democracy. Nevertheless, this book explores the challenges that technology brings to democracy, and in so doing advances our understanding of this crucial digital, social and political phenomenon. It contributes to the broader discussion of the relationship between international, national and sub-national norms, institutions and actors in an increasingly connected world.

Insightful and current, this book offers a wide variety of perspectives in an area where there is still not yet an extensive body of research. It considers, for example: the extent to which new forms of digital political engagement change traditional democratic decision-making; how receptive national governments and authorities are to digital democratic movements; how governments can uphold the values of democratic society while also ensuring flexibility with regard to the private sector; and how we should judge these developments in light of the cross-border effects of digitalization.

Understanding the influence of digitalization on democracy is crucial. As such, this book will appeal to a broad audience including, but not limited to, social scientists, policy makers, legal researchers, NGOs, governments, students and lawyers.

Subjects:
Law and Society, IT and Internet Law