Chinese Perspectives on the International Rule of Law: Law and Politics in the One-Party State 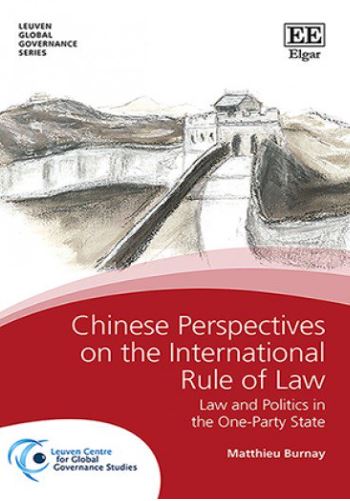 Building upon an understanding of the rule of law as an `essentially contested concept', this insightful book investigates the historical, political, and legal foundations of the Chinese perspectives on the rule of law at both a national and international level. In particular, chapters focus on China's impact on global trade and security governance. These case studies enable conclusions to be drawn regarding China's more general perspectives on the international rule of law as a concept.

This book will hold particular appeal for students and scholars of Chinese Law, International Law, EU-China Relations, and legal theory. Policy makers will also find this a stimulating read as the work aims to build both academic and policy bridges between the Western and Chinese conceptions on the rule of law at both national and international levels.