State Theory and the Law: An Introduction 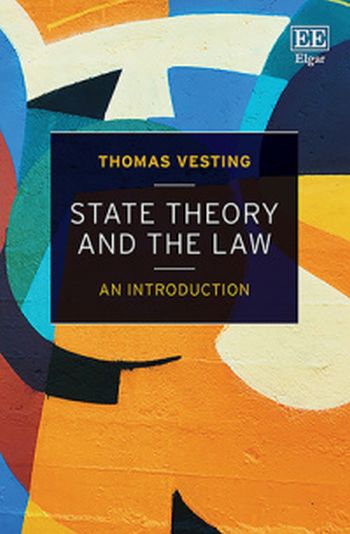 There has been renewed and growing interest in exploring the significant role played by law in the centralization of power and sovereignty – right from the earliest point. This timely book serves as an introduction into state theory, providing an overview of the conceptual history and the interdisciplinary tradition of the continental European general theory of the state.

Chapters present a theory of the state grounded in cultural analysis and show liberal democracy to be the paradigm of today’s western nation-state. The analysis includes the emergence of legal forms and institutions that are linked either to the constitutional state (the securing of civil liberties and fundamental rights), the welfare state (social and welfare law), or the network-state (regulation of complex digital technologies). Thomas Vesting focuses on illustrating the fundamental features of these evolutionary stages – the three layers constituting the modern state – and reveals their cultural and social preconditions.

This book will be an ideal read for students, postgraduates, and other academic audiences with interests in state theory, jurisprudence, legal theory, political theory, and legal philosophy.

Contents:
Preface
1. The state and state theory
2. The model of liberal democracy
3. The state’s monopoly on the use of force: the early modern territorial state
4. The self-organization of society: the constitutional state
5. Expanding the mission of the state: the welfare state
6. Building order from fragments: the network state
7. Looking forward: the enduring significance of the state in the age of globalization
Bibliography
Index