This book is now Out of Print.
A new edition was published, see:
The Constitution of the United Kingdom: A Contextual Analysis 2nd ed isbn 9781849461603

The Constitution of the United Kingdom: A Contextual Analysis 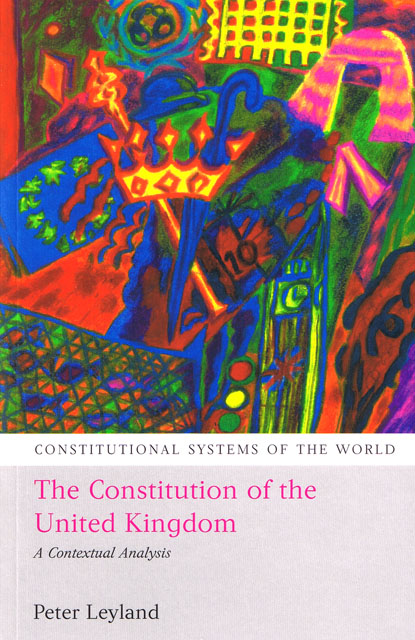 
This is the first book in the new series Constitutional Systems of the World, and as such launches what is set to become an invaluable resource for all students and teachers of constitutional law and politics. The book provides an outline of the principles and doctrines which make up the United Kingdom constitution. The chapters are written in sufficient detail for anyone coming to the subject for the first time to develop a clear and informed view of how the constitution is arranged and how it works.

The book is written in an accessible style, with an emphasis on clarity and concision. It includes a list of references for further reading at the end of each chapter.