This book is now Out of Print.
A new edition has been published, the details can be seen here:
Company Voluntary Arrangements and Administration 3rd ed isbn 9781846615658 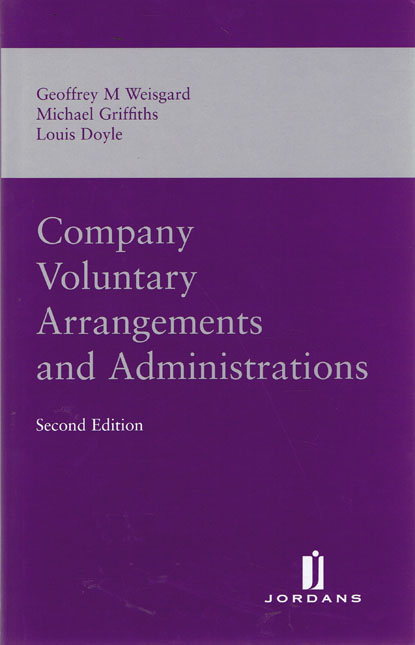 
Company Voluntary Arrangements and Administration provides the vital information that all Insolvency Practitioners need to make informed decisions on the effective use of CVAs.

A detailed explanation of the advantages and disadvantages of CVAs, the prescribed procedure and the likely problem areas will enable practitioners to assess their practicality and assist them in their management.

This new edition has been updated and now covers the implementation of relevant provisions of the Companies Act 2006 which will come into effect from October 2009. It examines the increase in insolvency and administration work, the new Insolvency Rules and changes to the Insolvency Act due to come into force in April 2010 and April 2011.

A new section on Administrations has also been included to cover the more popular corporate rescue procedures of liquidations and administrations.