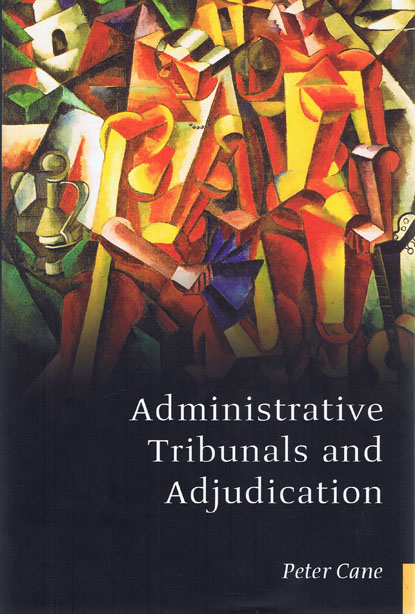 Among the many constitutional developments of the past century or so, one of the most significant has been the creation and proliferation of institutions that perform functions similar to those performed by courts but which are considered to be, and in some ways are, different and distinct from courts as traditionally conceived. In much of the common law world, such institutions are called 'administrative tribunals'. Their main function is to adjudicate disputes between citizens and the state by reviewing decisions of government agencies - a function also performed by courts in 'judicial review' proceedings and appeals. Although tribunals in aggregate adjudicate many more such disputes than courts, tribunals and their role as dispensers of 'administrative justice' receive relatively little scholarly attention.

This wide-ranging book-length treatment of the subject compares tribunals in three major jurisdictions: Australia the UK and the US. It analyses and offers an account of the concept of 'administrative adjudication', and traces its historical development from the earliest periods of the common law to the twenty-first century. There are chapters dealing with the design of tribunals and tribunal systems and with what tribunals do, what they are for and how they interact with their users. The book ends with a discussion of the place of tribunals in the 'administrative justice system' and speculation about possible future developments.

Administrative Tribunals and Adjudication fills a significant gap in the literature and will be of great value to public lawyers and others interested in government accountability.