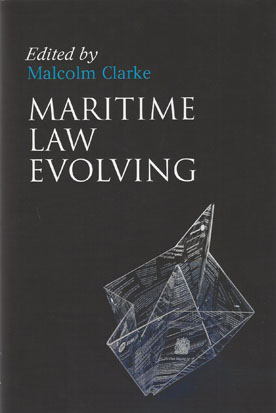 To mark the 30th anniversary of the Institute of Maritime Law at Southampton University, current and former maritime law researchers have came together to discuss the evolution of this fascinating area of law in the last 30 years and to stimulate discussion on its possible future.

Their papers, edited by Prof. Malcolm Clarke under the title Maritime Law Evolving provide a series of thought-provoking essays on the most controversial and topical issues which have occupied maritime law researchers in the last three decades and which will continue to be at the heart of this ever-evolving discipline in the foreseeable future.

The resulting work cuts across disciplines, spanning developments in areas as diverse as the management of the oceans and the evolution of the carriage and insurance sides of shipping law, including the ever increasing influence of the European legislator in matters of conflicts of laws and enforcement.