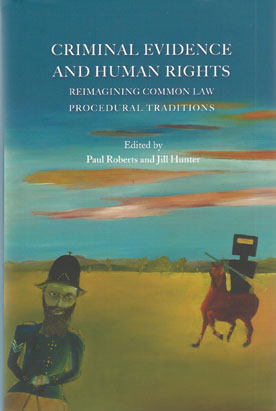 Criminal procedure in the common law world is being recast in the image of human rights. The cumulative impact of human rights laws, both international and domestic, presages a revolution in common law procedural traditions. Comprising 16 essays plus the editors' thematic introduction, this volume explores various aspects of the 'human rights revolution' in criminal evidence and procedure in Australia, Canada, England and Wales, Hong Kong, Malaysia, New Zealand, Northern Ireland, the Republic of Ireland, Singapore, Scotland, South Africa and the USA.

The contributors provide expert evaluations of their own domestic law and practice with frequent reference to comparative experiences in other jurisdictions. Some essays focus on specific topics, such as evidence obtained by torture, the presumption of innocence, hearsay, the privilege against self-incrimination, and 'rape shield' laws. Others seek to draw more general lessons about the context of law reform, the epistemic demands of the right to a fair trial, the domestic impact of supra-national legal standards (especially the ECHR), and the scope for reimagining common law procedures through the medium of human rights.This edited collection showcases the latest theoretically informed, methodologically astute and doctrinally rigorous scholarship in criminal procedure and evidence, human rights and comparative law, and will be a major addition to the literature in all of these fields.