Of Courts and Constitutions: Liber Amicorum in Honour of Nial Fennelly 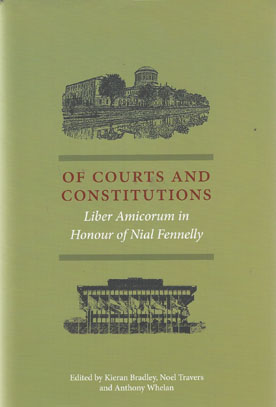 The essays which appear in this volume are publlished to honour the Hon Mr Justice Nial Fennelly of the Irish Supreme Court, former Advocate General of the European Court of Justice, on the occasion of his 72nd birthday.

The theme of the book is the relationship between European Union law and national law, and the role of the courts in defining that relationship. The book consists of four main parts - the role of the European Court of Justice, the role of national courts, horizontal issues of common concern to the two categories of court, and courts and how they deal with economic questions.