The Supreme Court of the United Kingdom: History, Art, Architecture 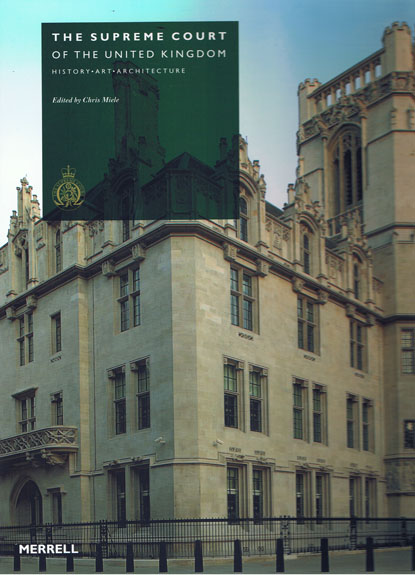 
In 2009 the new Supreme Court of the United Kingdom was opened by HM The Queen in a spectacularly refurbished building in Parliament Square, Westminster, at the very heart of the British state.

This elegant and absorbing book charts the progress towards and realization of this significant event in the nation's history. Chapters by two of the most eminent British judges, Lady Hale and Lord Bingham, explore the evolution of the court and of its home.

Further essays by distinguished art and architectural historians, together with dramatic specially commissioned photographs by Tim Imrie, reveal in compelling detail how the building was transformed into an inspiring public space – a vibrant incarnation of the essential value of justice and its power to enhance all our lives.

A unique and beautiful book commemorating the establishment of the UK Supreme Court. Generously illustrated throughout, and featuring specially commissioned photographs of this historic building that will appeal to anyone interested in history, architecture or the law