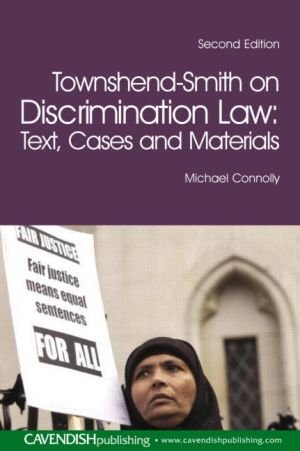 Discrimination law is rapidly expanding and of growing importance. At present the law covers gender,race and disability discrimination and will soon extend to religion, sexual orientation and, in 2005, age. This new edition covers all of these areas. It also contains separate chapters on the social, political and philosophical aspects for those who require a fuller understanding of the background and theoretical basis of discrimination law. In addition, the book contains a section on procedural matters. The book takes account of the numerous legislative developments which have taken place since the last edition.

This work explains and examines in depth every possible aspect of discrimination law. It is set out in such a way that makes it accessible to readers of all levels.