The Great and the Good: Life of Lord Radcliffe 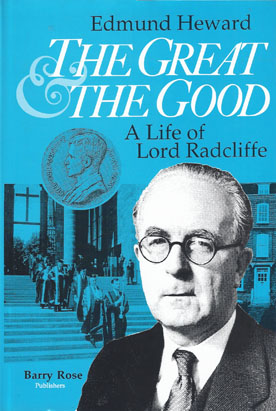 
Lord Radcliffe was one of 'The Great', that is he was chairman of many Royal Commissions and Inquiries. Sir Norman Brook, the Secretary of the Cabinet, advised the Prime Minister, Sir Anthony Eden, to reserve Radcliffe for the most complex and demanding inquiries.

He was an extraordinary public servant, a great lawyer and an exceptional administrator. He was promoted directly from the Bar to a Lord of Appeal in the House of Lords and during the war was Director General of the Ministry of Information.

His activity ranged from dividing India to being Chairman of the committee which chose the films for the Royal Command Performance. He was a friend and adviser of Calouste Gulbenkian, a collector of French Impressionist paintings and a Reith lecturer for the B.B.C.