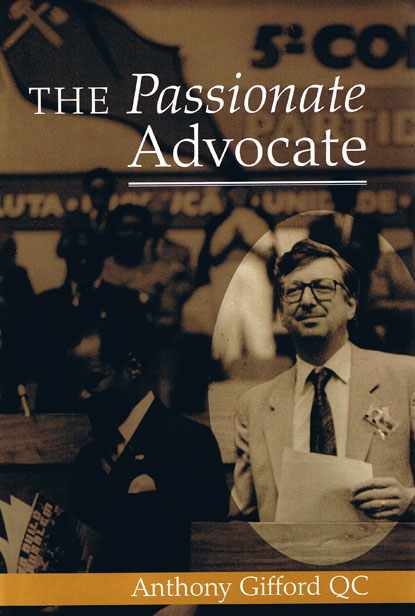 Lord Anthony Gifford QC has had a fascinating life in the practice of law and the pursuit of justice. He was a barrister for 25 years in Britain, where he was involved in well known cases such as those of the Birmingham Six and the Guildford Four. He was actively engaged in the Southern African freedom struggle. He conducted inquiries into human rights abuses in Northern Ireland and into racism in Britain. At the age of 50 he moved his main home to Jamaica, where he has been recognised as a leading advocate in a range of human rights fields.

In this readable memoir, Gifford distils his experiences of fighting for people’s rights in Britain, the Caribbean and internationally. He brings to his work a passion which will inspire all who care about justice. He believes in the ideals of the law and has done much to see them realised in practice. He is a rebel who has made the system work for the oppressed. He presents remarkable insights into the ethics and techniques of an advocate for human rights.

In the first part of the book Gifford deals with issues and experiences arising from his work in the United Kingdom. There are chapters on his involvement in founding Britain’s first neighbourhood law centre; his solidarity with the liberation movements of Mozambique and South Africa; and his missions to Northern Ireland and other parts of the world. He discusses the qualities needed to be an advocate for the poor; the relationship between justice and truth; the distortion of justice through political and racial prejudice; and the value of international human rights activity. Each chapter is illuminated with the author’s own remarkable experiences.

In the second part Gifford explains how and why he set up practice in Jamaica. He discusses topics in which he has been closely involved: the revolution in Grenada, the state of human rights in Jamaica, and the Caribbean Court of Justice. He describes his own diverse practice, covering the rights of workers, prisoners and many others, and illustrating his belief that even in a struggling economy, the law can provide remedies for those whose rights have been abused.

Finally, Gifford tackles contemporary themes of reconciliation. He describes his role as counsel for the Wray family in the Bloody Sunday Inquiry in Northern Ireland. He draws on his experience of living in both the white world and the black world, in presenting a plea for reparation to be made for the damage still suffered by Africans and their descendants as a result of the transatlantic slave trade. His work as a champion of the underdog continues.