The Cameo Conspiracy: A Shocking True Story of Murder and Injustice 3rd ed 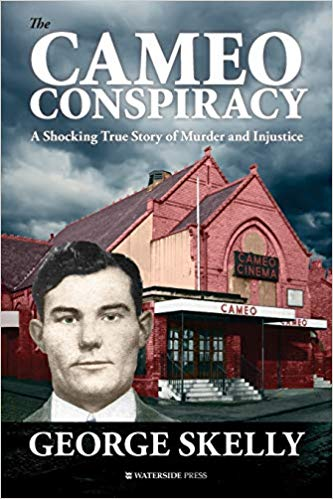 The notorious Cameo Cinema murder case of 1949 is one of Britain’s legal cause célèbres. But for over half a century the convictions of two young men, George Kelly and Charles Connolly, went unchallenged, until – following the publication of this book – they were exonerated by the Court of Appeal in 2003. This made it the longest-running miscarriage of justice in British legal history.

In this powerful, meticulously-researched account, the author painstakingly exposes the evil police conspiracy which sent Kelly to the gallows and Connolly to ten years’ imprisonment. He recounts how the men were framed by corrupt police and condemned by an amoral legal establishment, making it a terrible indictment of human wickedness by those supposed to uphold the law.

This revised third edition of the definitive book on the case not only reveals a diabolical miscarriage of justice but comprehensively describes the arrests, trials and execution as well as Kelly’s successful posthumous appeal. It also authentically chronicles 1940s Liverpool, its pubs, post-war rationing, shebeens, black market and the colourful and seedy characters of the city’s underworld.