Introduction to the Law of Community Care in England and Wales 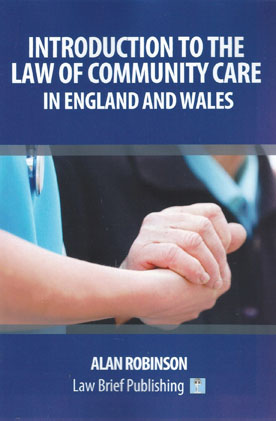 Community care has recently undergone a fundamental revision. Local authorities have new duties, and people in need of care and their carers have new rights.

In addition, England and Wales have gone their separate ways in setting up community care systems for the two countries. This book brings together the law in both England and in Wales, and highlights the differences between them. As well as setting out the law on assessment and the provision of services, it also outlines the options available for paying for care.

The book also considers some of the wider issues which tend to affect community care, such as mental capacity, access to a person in need, and the interface between health and social care.

Alan Robinson qualified as a solicitor in 1972 and has spent the whole of his working life involved with two areas of law – welfare law and work with charities and voluntary organisations. He retired from legal practice in 2010, having been running his own firm for a number of years, and now works part-time as a consultant and trainer. Alan has worked in and taught community care law from its inception in 1993.