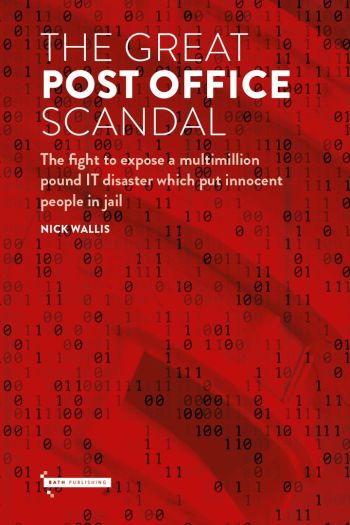 On 23rd April 2021, the Court of Appeal quashed the convictions of 39 former SubPostmasters and ruled their prosecutions were an affront to the public conscience. For some it was the end of a 20 year battle for justice – and tragically three of them did not live long enough to see their reputations restored. It is a scandal that has been described as one of the most widespread and significant miscarriages of justice in UK legal history.

The 39 were just a few of the 736 people who, between 2000 and 2013, had been prosecuted by the Post Office for theft, false accounting and fraud. The prosecutions were based largely on evidence drawn from Horizon, the Post Office’s deeply flawed software system use that threw up duplicate entries, lost transactions and made erroneous calculations. If these errors resulted in apparent losses, SubPostmasters were forced to settle the discrepancies from their own pockets, sometimes for tens or hundreds of thousands of pounds. Those who could not pay were sacked and taken to court. Proud pillars of their communities were stripped of their jobs and livelihoods. Many were forced into bankruptcy and or borrowed from friends and family to give the Post Office thousands they did not owe. The really unlucky ones were sent to prison.

This is the story of how these innocent people fought back to clear their names against a background of institutional arrogance and obfuscation, a fight dragged out by the Post Office’s refusal to accept responsibility for its failings.

Nick Wallis, an acclaimed freelance journalist and broadcaster, has been following the story since 2010 when he met a taxi driver who told him his pregnant wife had been sent to prison for a crime she did not commit. Since then, he has recorded interviews with dozens of victims, insiders and experts, uncovering hundreds of documents to build up an unparalleled understanding of the story. Using these sources, he has been instrumental in bringing the scandal into the public eye. He broadcast his first investigation for the BBC in 2011. In the same year that he took the story to Private Eye. He has subsequently made two Panoramas, a Radio 4 series, and raised thousands of pounds to crowdfund his own court reporting for the Post Office Trial website.

Nick has now written the first definitive account of the scandal. He takes us from the ill-fated deal that brought Horizon into existence, through years of half-truths and obstruction, to the tearful scenes at the Court of Appeal this year. He exposes the secrecy and mistrust at the heart of the story, and the impact that had on the victims. He also chronicles how this story’s hero, Alan Bates, started as a lone public voice of dissent but went on to beat the Post Office - against overwhelming odds – at two of the highest courts in the land and win some redress for the victims.

With cries for a full public inquiry into the affair still ringing in the government's ears, this story is not over. The Great Post Office Scandal is a gripping account which will serve as a landmark piece of reporting, revealing the full impact of this shameful episode, as it continues to unravel.