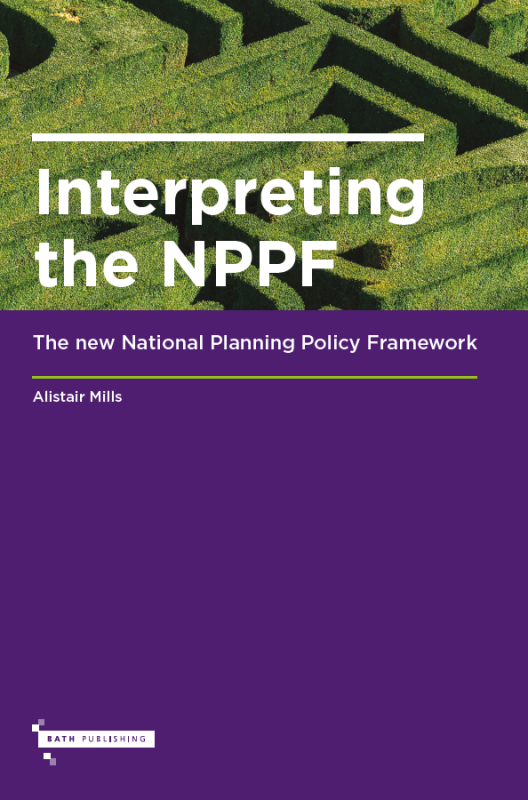 First published in 2012, the NPPF is the primary expression of the Government’s planning policies for England. The NPPF sets out a framework for the production of locally-prepared plans, and is a material consideration in planning applications. Its correct interpretation is a matter of law, and there has been a wealth of litigation regarding the interpretation of the first version.

But what exactly has changed and how will the courts seek to interpret the new version?

Interpreting the NPPF: The New National Planning Policy Framework will be the first book to explain in depth the revised NPPF to planners, developers and legal advisers throughout England. Alistair Mills of Landmark Chambers will provide an accessible explanation of the legal approach to the new NPPF through:

The book will be essential reading for anyone with an interest in local planning and development - including planners, developers and their advisers - helping everyone make and contribute to plans, applications and decisions which are based on a correct understanding of the NPPF.