Deference to the Administration in Judicial Review: Comparative Perspectives 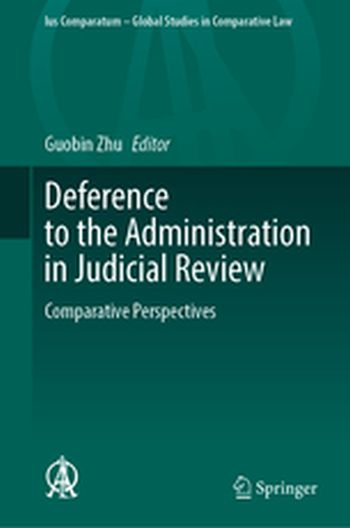 This book investigates judicial deference to the administration in judicial review, a concept and legal practice that can be found to a greater or lesser degree in every constitutional system. In each system, deference functions differently, because the positioning of the judiciary with regard to the separation of powers, the role of the courts as a mechanism of checks and balances, and the scope of judicial review differ. In addition, the way deference works within the constitutional system itself is complex, multi-faceted and often covert. Although judicial deference to the administration is a topical theme in comparative administrative law, a general examination of national systems is still lacking. As such, a theoretical and empirical review is called for.

Accordingly, this book presents national reports from 15 jurisdictions, ranging from Argentina, Canada and the US, to the EU. Constituting the outcome of the 20th General Congress of the International Academy of Comparative Law, held in Fukuoka, Japan in July 2018, it offers a valuable and unique resource for the study of comparative administrative law.