The Dynamics of Judicial Independence: A Comparative Study of Courts in Malaysia and Pakistan 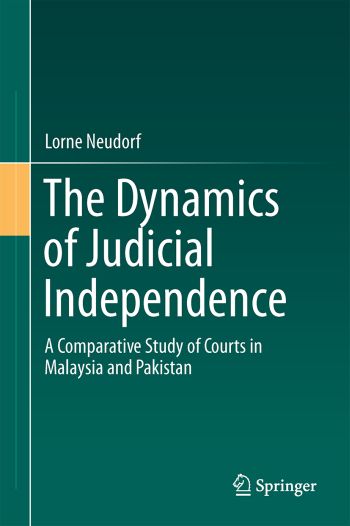 By tracing the development of judicial independence in the legal systems of Malaysia and Pakistan from the time of independence to the present, the book offers an insightful comparison of how judicial independence took shape and developed in these countries over time. From this comparison, it suggests a number of contextual factors that can be seen to play a role in the evolution of judicial independence. The study draws upon the significant divergence observed in the case studies to propose a refined understanding of the idea of an independent judiciary, termed the 'pragmatic and context-sensitive theory', which may be seen in contradistinction to a universal approach. While judicial independence responds to the core need of judges to be perceived as an impartial third party by constructing formal and informal constraints on the judge and relationships between judges and others, its meaning in a legal system is inevitably shaped by the judicial role along with other features at the domestic level. The book concludes that the adaptive and pragmatic qualities of judicial independence supply it with relevance and legitimacy within a domestic legal system.