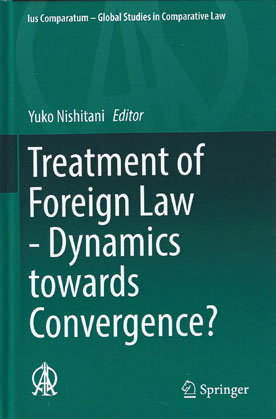 Combining general and individual national reports, this volume demonstrates when and how foreign law is applied, ascertained, interpreted and reviewed by appeal courts. Traditionally, conflicts lawyers have been faced with two contrasting approaches. Civil law jurisdictions characterize foreign law as "law" and provide for the ex officio application and ascertainment of foreign law by judges.

After carefully analyzing the benefits and drawbacks of existing instruments, this book explores alternative methods for enhancing access to foreign law and considers practical ways of obtaining information on foreign law. It remains to be seen whether and the extent to which legal systems around the world will integrate and converge in their treatment of foreign law.