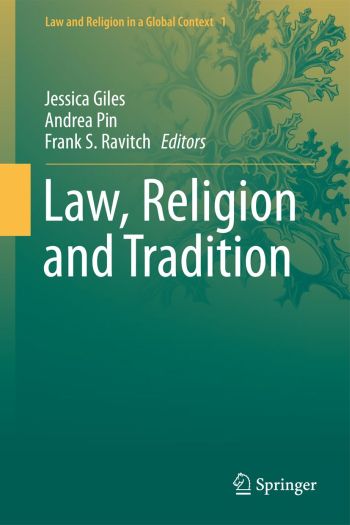 It is often taken for granted that, even in law, change corresponds and correlates to progress – that things ought to be changed and they will necessarily get better. There is no doubt that legal changes over the centuries have made it possible to enhance the protection of individual rights and to somewhat contain the possibility of tyranny and despotism. But progress is not everything in law: stability and certainty lie at the core of the rule of law. Similarly, religions and religious laws could not survive without traditions; and yet, they still evolve, and their evolution is often intermingled with secular law.

The book asks (and in some ways answers) the questions: What is the role of tradition within religions and religious laws? What is the impact of religious traditions on secular laws, and vice-versa? How are the elements of tradition to be identified? Are they the same within the secular and the religious realm? Do secular law and religious law follow comparable patterns of change? Do their levels of resilience differ significantly? How does the history of religion and law affect changes within religious traditions and legal systems?

The overall focus of the book addresses the extent to which tradition plays a role in shaping and re-shaping secular and religious laws, as well as their mutual boundaries.

Contents:
From the Secularisation Theory to the Pluralistic Approach: Reconciling Religious Traditions and Modernity in Italian Case-law
The Blasphemy Laws of Pakistan: Experimenting with History and Tradition
An Analysis of the Possibility of Fulfilling Gender Equality Within the Legal System of The Islamic Republic Of Iran (Iri)
Tradition's Edge: Interactions between Religious Tradition and Sexual Freedom
The Inverted Relationship: Constitutive Theory of Law and the Enforcement of Orthodoxy in the book XVI of The Theodosian Code
The Recent, and Sometimes Invented, Origins of Some "Longstanding" Traditions
Law, Religion, and the Detraditionalization Of Europe
Tradition as a Peacebuilding Tool.