Competition of Legal Systems and Harmonization of European Private Law: New Paths in a Comparative Perspective 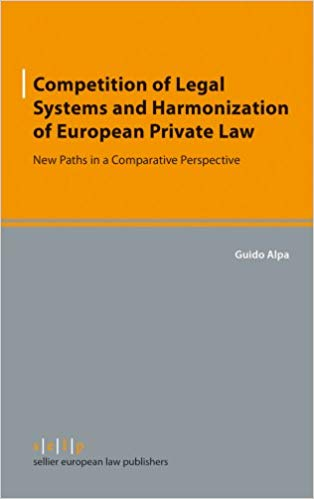 
This volume provides essays on fundamental rights, on European and Italian contract law, and on the lawyer’s role in contemporary society being the result of research carried out from a lawyer’s perspective in recent years.

As fundamental rights are the same principles upon which rests the entire EU law, encoded in many written national constitutions or statute laws, they pervade all legal relations, including relations governed by private law. Furthermore, they invest the contract law as well, i.e. the ancient realm of freedom, particularly freedom of contract, involving jurists of every profession: the legislator, judges, lawyers and academic professors.