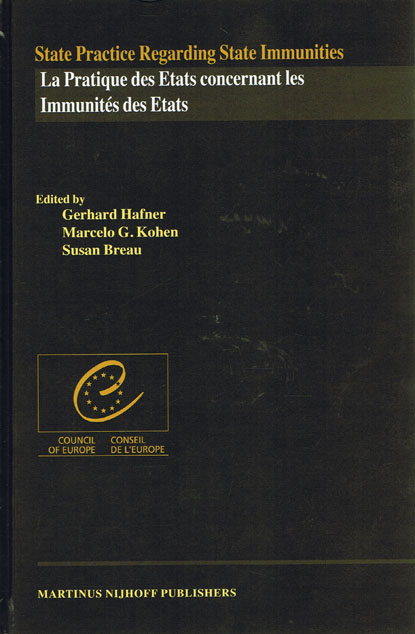 This book is the result of the Council of Europe Pilot Project on State Practice Regarding State Immunities carried out under the auspices of the Committee of Legal Advisers on Public International Law (CAHDI) since 2002.

It presents and analyses the material submitted by 27 Member States and one Observer State of the Council of Europe, including decisions of national courts, relevant legislation and other documents.

It compares State practice with the relevant articles of the UN Convention, the European Convention on State Immunity and the draft articles prepared by academic institutions. It is the first in depth-analysis of European State practice in the field of State immunity. Such a broad analysis is essential, in particular for the ascertainment of customary international law.

This book is addressed to officials, practitioners engaged in business relations with foreign States, and academics.