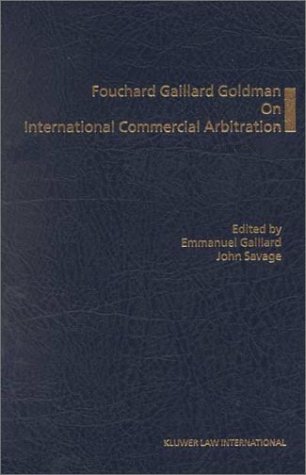 This treatise provides an analysis of the law and practice of international commercial arbitration, highlighting the worldwide movement towards an autonomous legal regime, free of the constraints of national law and of the law of the place of arbitration in particular.

As well as exploring the application and the influence of the first modern arbitration statutes, enacted in France, the Netherlands and Switzerland in the 1980s, detailed consideration is given to the 1985 UNCITRAL Model Law, to recent arbitration legislation now in force in England, Germany, Belgium and Sweden, and to the new arbitration rules of the AAA, ICC and LCIA.