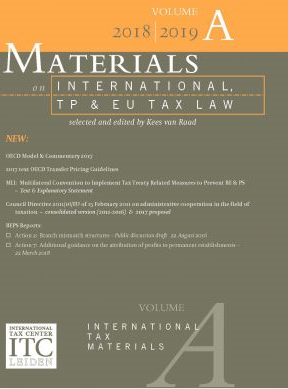 
Volume A focuses on international tax law materials. On the basis of the 2017 version of the OECD Model Convention comparisons are included with the 1963 OECD Draft Convention, the 2011 UN Model and the 2016 US Model.