Behind and Beyond the Chicago Convention: The Evolution of Aerial Sovereignty 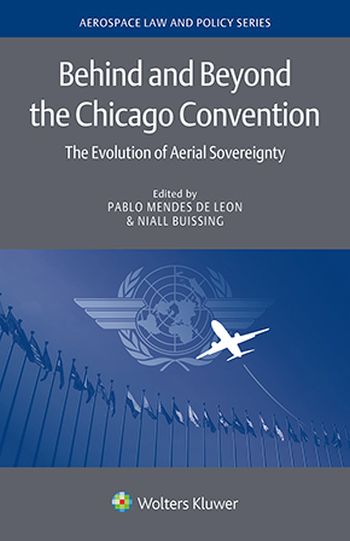 Behind and Beyond the Chicago Convention is intended to analyse the concept of sovereignty in international civil aviation, how it evolved in the course of times, how it related to European integration process and to air traffic management. The meaning of sovereignty has been analysed philosophically and linked to current conceptions in an evolutionary process. The Convention on International Civil Aviation that concluded in Chicago on 7 December 1944, commonly referred to as the Chicago Convention, is one of the most ratified multilateral agreements currently in force, with 193 States Parties. In this deeply informative book, commemorating the 75th birthday of the Convention on International Civil Aviation, thirty-three of the most distinguished authors in aviation law offer perspectives on the quality of the Convention’s achievements.

Emphasising the Convention’s flexibility in the accommodation of economic and technological changes, the authors investigate the following topics:

With its insightful and thought-provocative, incisive perceptions put forward by distinguished aviation lawyers from all parts of the world, this book is without peer in its analysis of how the Chicago Convention affects international civil aviation and the operation and management of air services. Its multifaceted approach towards the current state of affairs from a legal and policy perspective will be welcomed by practitioners and law firms in the field and civil aviation authorities, as well as by academics and business persons with a stake in aviation. This book will thus serve the global community of aviation people.