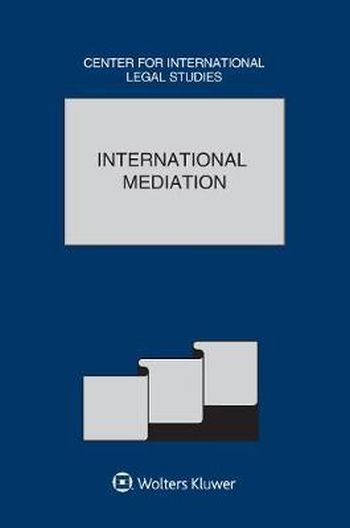 Conflict avoidance and resolution have always been primary purposes of the law. Satisfaction with judicial processes has declined in many jurisdictions. After the diversion of many disputes from courts to arbitral tribunals, arbitration has now also become a target of intense criticism.This dissatisfaction with binding third party adjudication of disputes coincides with rising tensions among citizens asking basic questions about what they can expect from each other and their governments in a constantly changing world.

One response has been the proliferation of processes between disputing parties that are structured and interactive negotiation and assisted by a neutral third party using specialized negotiation and communication techniques. These processes have been labelled "mediation". While mediation is not focused on the identification and application of legal rights and duties in the way that adjudication is, its success remains dependent on a legal framework which is still evolving in most jurisdictions and especially across borders.

In this edition of the Comparative Law Yearbook of International Business, lawyers from nine jurisdictions examine developments relating not only to the framework for cross-border mediation, such as the Singapore Convention or inter-State disputes, or relating to their countries' overall approaches to regulating this method of dispute resolution, but also relating to specific issues, such as mediator ethics and conflicts of interest, and even exploring the neural science of conflict dynamics.

Contents:
How the Brain’s Neural Encoding Function Contributes to Communication and Conflict Dynamics
The United Nations Convention on International Settlement Agreements Resulting from Mediation: Its Genesis, Negotiation and Future
Enforcement of Mediated Settlement Agreements under the Singapore Convention and the UNCITRAL Model Law: An Argument for the Opt-In Model
Mediators’ Code of Conduct and Ethical Guidelines — A Comparative Analysis
Mediation for Settlement and Prevention of Inter-State Conflicts
Can You Leave Your Hat On? An Empirical Study of Med-Arb/Arb-Med in China
Mediation in Germany
Mediation in Brazil: Recent Practice
Assuring Flexibility and Quality in Mediation Training: The Emergence of a Common Regulatory Framework
Inspiration of Mediation Culture and Mediation Practice
Dispute Boards: A Different Approach to Dispute Resolution
Index