This book is now Out of Print.
A new edition has been published, the details can be seen here:
Bermuda, British Virgin Islands and Cayman Islands Company Law 4th ed isbn 9789626614372 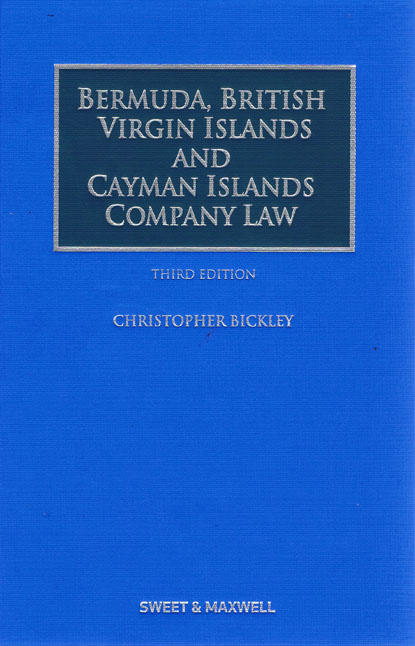 
There have been major developments in the law and practice of offshore jurisdictions since the release of the Second Edition of this title over two years ago. The downturn in world economies has led to the insolvency and restructuring of many offshore entities. This has led to a new focus on the insolvency regimes in each jurisdiction with recent reported cases in Bermuda, BVI and the Cayman Islands.

In recent years, the Cayman Islands Companies Law has had two major amendments with one entirely revamping liquidation practice and procedures. In BVI, a new computer registration system, VIRRGEN, has been introduced and practitioners have now had the benefit of over four years’ experience with the BVI Business Companies Act.

This book will provide the reader with a general introduction to companies and company laws in Bermuda, the BVI and the Cayman Islands with particular assistance for the onshore practitioner or company secretary providing a context within which these companies operate. The book is a useful starting point for any reader who is interested in how these companies operate in a broad range of international transactions.

The Third Edition has been updated to reflect major developments in these three jurisdictions including:-