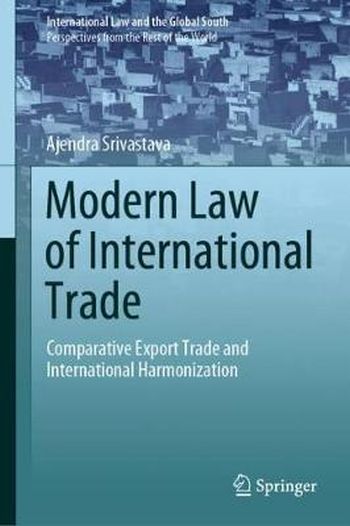 The book clearly explains the key concepts and nuances of the subject, offering incisive and vivid analyses of the major issues and developments. It also traces the evolution of the law of international trade and explores the connection between the lex mercatoria and the modern law. Comprehensively examining the issue of international harmonization of trade laws from a variety of perspectives, it provides a detailed account of the work of major players in the field, including UNCITRAL, UNIDROIT, ICC, and the Hague Conference on Private International Law (HCCH).

Adopting the comparative law method, this book offers a critical analysis of the laws of two key jurisdictions-India and England-in the context of export trade. In order to stimulate discussion on law reform, it explains the similarities and differences not only between laws of the two countries, but also between the laws of India and England on the one hand, and the uniform law instruments on the other. Given its breadth of coverage, this book is a valuable reference resource not only for students in the fields of law, international trade, and commercial law, but also for researchers, practitioners and policymakers.