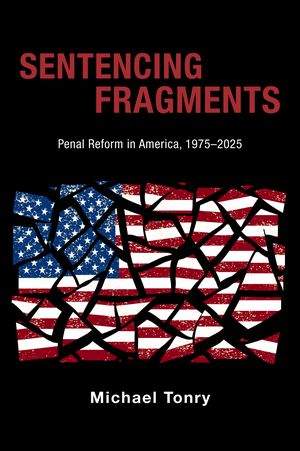 Sentencing matters. Life, liberty, and property are at stake. Convicted offenders and victims care about it for obvious reasons, while judges and prosecutors also have a moral stake in the process. Never-the-less, the current system of sentencing criminal offenders is in a shambles, with a crazy quilt of incompatible and conflicting laws, policies, and practices in each state, not to mention an entirely different process at the federal level. In Sentencing Fragments, Michael Tonry traces four decades of American sentencing policy and practice to illuminate the convoluted sentencing system, from early reforms in the mid-1970's to the transition towards harsher sentences in the mid-1980's.

The book combines a history of policy with an examination of current research findings regarding the consequences of the sentencing system, calling attention to the devastatingly unjust effects on the lives of the poor and disadvantaged. Tonry concludes with a set of proposals for creating better policies and practices for the future, with the hope of ultimately creating a more just legal system.

Lucid and engaging, Sentencing Fragments sheds a much-needed light on the historical foundation for the current dynamic of the American criminal justice system, while simultaneously offering a useful tool for potential reform.

Governing Through Crime: How the War on Crime Transformed American Democracy and Created a Culture of Fear
Jonathan Simon
ISBN 9780195386011
Published May 2009
Oxford University Press
£20.99