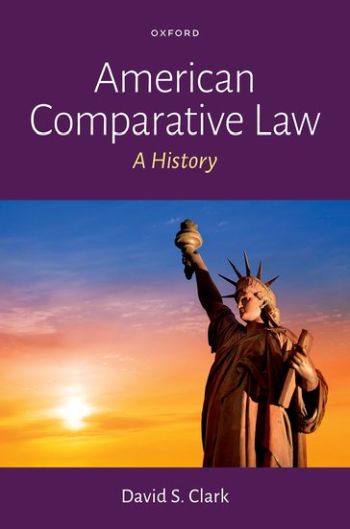 This book details both the intellectual and social history of American legal rules, institutions, ideology, and culture that had a foreign component, either by import or after 1900 also by export from the United States to other legal systems. Combining legal history and comparative law, the volume proceeds chronologically through seven historical periods. These begin with the religious and cultural diversity that existed in the 13 British colonies and its relevance for legal development, especially involving Roman and natural law.

The legal foundation for the new republic established a golden age for comparative law, followed by the formative era for American law, characterized by a shift from public to private law, territorial expansion, resistance to English law, and interest in codification. German historical jurisprudence and learned law then took hold in the United States after the Civil War.

The twentieth century saw sustained scholarly comparative law. Motivated by idealistic as well as practical concerns, U.S. jurists began to export American legal ideas about law and government, an effort that re-emerged after World War II. Comparatists established a scholarly organization that considered a variety of issues ranging from private international law to comparative legal sociology. The 1990s, a decade of opportunities for comparative law, reflected accelerated globalization following the collapse of the Soviet Union. This, and the later return of nationalism, presented jurists with new challenges in understanding the place for rule of law and other legal transplants among the world's nations. Interest in legal cultures and interdisciplinary methodology aided the inquiry.