Law and the Limits of Reason 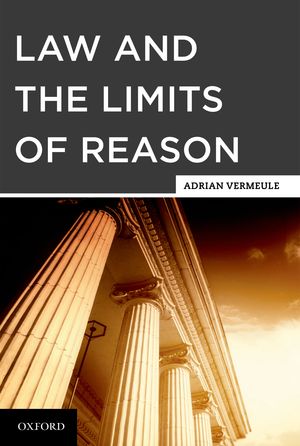 Human reason is limited. Given the scarcity of reason, how should the power to make constitutional law be allocated among legislatures, courts and the executive, and how should legal institutions be designed? In Law and the Limits of Reason, Adrian Vermeule denies the widespread view, stemming from Burke and Hayek, that the limits of reason counsel in favor of judges making "living" constitutional law in the style of the common law. Instead, he proposes and defends a "codified constitution" - a regime in which legislatures have the primary authority to develop constitutional law over time, through statutes and constitutional amendments.

Vermeule contends that precisely because of the limits of human reason, large modern legislatures, with their numerous and highly diverse memberships and their complex internal structures for processing information, are the most epistemically effective lawmaking institutions.