The Evolutionary Interpretation of Treaties 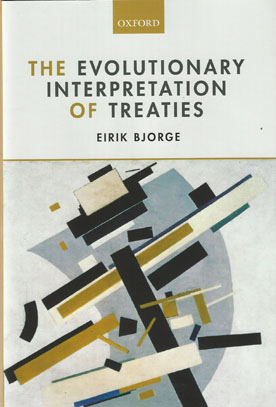 The evolutionary interpretation of treaties has proven one of the most controversial topics in the practice of international law. Indeed, it has been seen as going against the very grain of the law of treaties, and has been argued to be contrary to the intention of the parties, breaching the principle of consent.

The book demonstrates that the evolutionary interpretation of treaties - in common with all other types of interpretation such as good faith, the text of the treaty, context, object and purpose - is in fact a based upon an objective understanding of the intention of the parties.