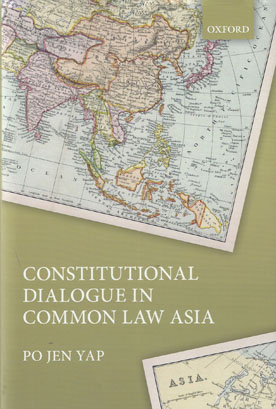 In a comprehensive examination of the constitutional systems of Hong Kong, Singapore, and Malaysia, Po Jen Yap contributes to a field that has traditionally focussed on Western jurisdictions.

Drawing on the history and constitutional framework of these Asian law systems, this book examines the political structures and traditions that were inherited from a British government and the major constitutional developments since decolonization.

Yap examines the judicial crises that have occurred in each of the three jurisdictions, and the techniques that have been developed to allow courts to preserve the right of the legislature to disagree with the courts' decisions using the ordinary political processes.

The book focuses on how these novel judicial techniques have been applied to four core constitutional areas: freedom of expression, freedom of religion, right to equality, and criminal due process rights. Chapters on each of these core topics examine and critique major case law, and develop a model of dialogic judicial review that offers a compelling alternative to legislative and judicial supremacy.