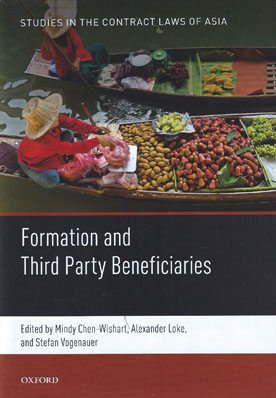 The series Studies in the Contract Laws of Asia provides an authoritative account of the contract law regimes of selected Asian jurisdictions, including the major centres of commerce where limited critical commentaries have been published in the English language.

Each volume in the series aims to offer an insider's perspective into specific areas of contract law - remedies, formation, parties, contents, vitiating factors, change of circumstances, illegality, and public policy - and explores how these diverse jurisdictions address common problems encountered in contractual disputes. A concluding chapter draws out the convergences and divergences, and other themes.

All the Asian jurisdictions examined have inherited or adopted the common law or civil law models of European legal systems. Scholars of legal transplant will find a mine of information on how received law has developed after the initial adaptation and transplant process, including the mechanisms of and influences affecting these developments. At the same time, many points of convergence emerge. These provide good starting points for regional harmonization projects.

Series: Studies in the Contract Laws of Asia