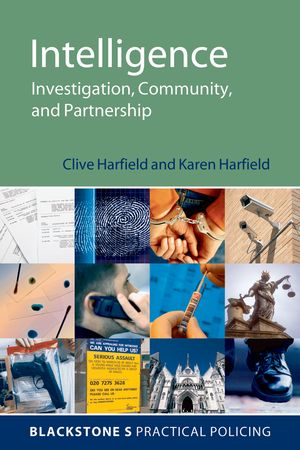 This title provides a clear introduction and practical guide to the use of intelligence in policing, offering detailed explanations of relevant legislation and establishing the theoretical and operational context and rationale within which intelligence can be used.

The relationship between criminal procedural law and intelligence-gathering is outlined and different generic sources of intelligence (overt and covert) are introduced. The book offers advice on planning an intelligence operation, analysing and evaluating information, using intelligence-based evidence in court, identifying risk and protecting sensitive sources. It also summarises the role of key agencies involved in intelligence gathering, outlines the National Intelligence Model and draws together key findings from the Butler and Bichard enquiries.

The book forms part of the Blackstone's Practical Policing Series. The series, aimed at junior to middle ranking officers, consists of practical guides containing clear and detailed explanations of the relevant legislation and practice, accompanied by case studies, illustrative diagrams and useful checklists.